Philippe Malouin has brought a “roller coaster of light” to Miami’s Design District, where a spherical LED light revolves around an elevated distance.

The London designer was commissioned by Craig Robins – co-founder of Design Miami – to create a lighted installation for the Christmas season. 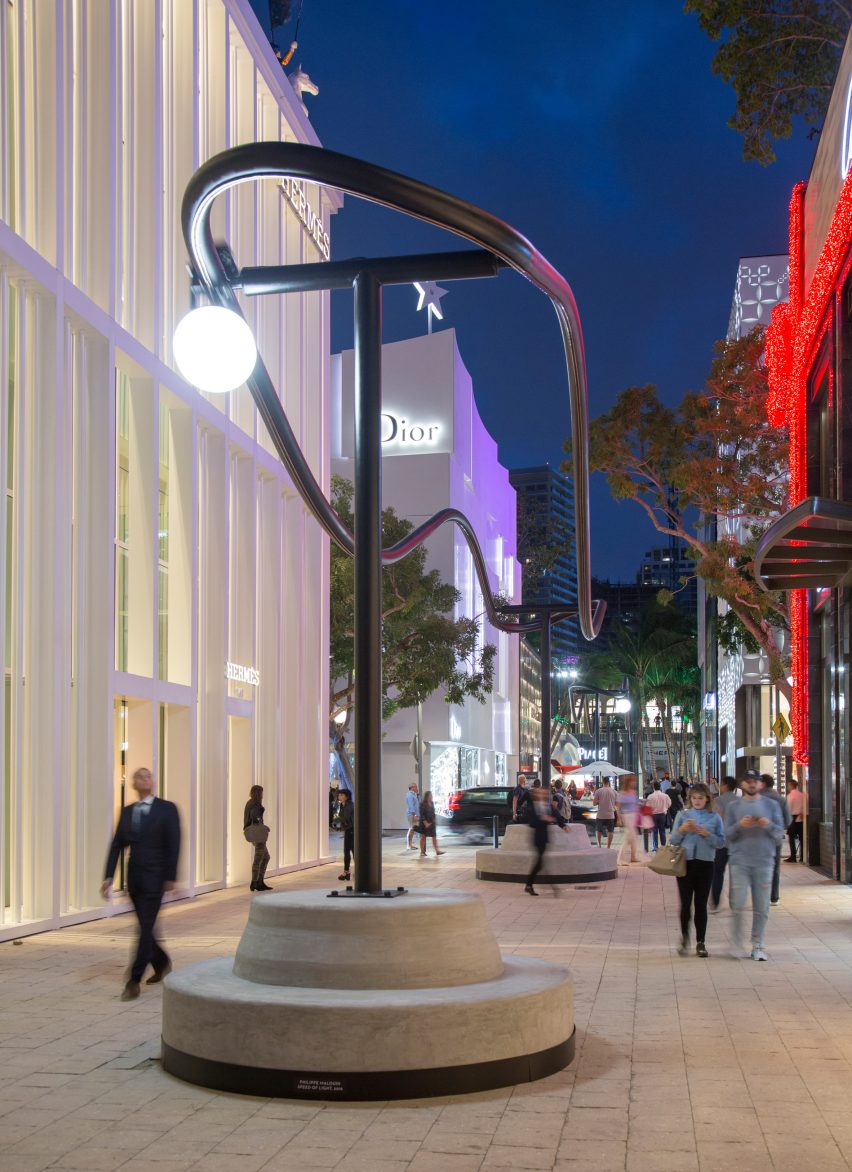 His answer, The Speed ​​of Light, is a roller coaster-like installation with a spherical LED light that runs along a five meter high track.

“The speed of light transforms modest urban luminaires into a playful roller coaster of light,” said the designer. “From the Palm Court on the Paseo Ponti, simple LED light balls roll over five-meter-high light poles and accompany visitors on their way through the neighborhood.” 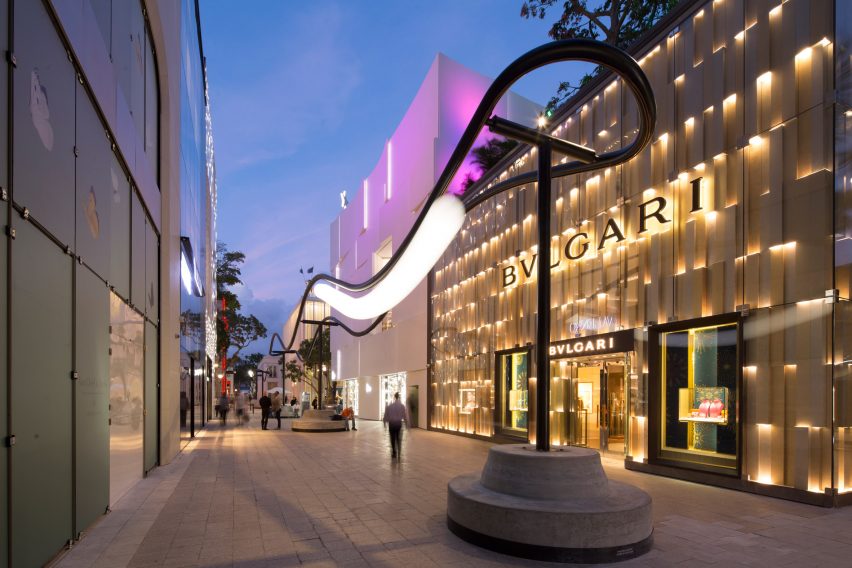 The Miami Design District is an idea by Robins who is developing the formerly neglected area into a district devoted to fashion, design, architecture and dining rooms.

The district already includes a retail building with a glass arcade by Sou Fujimoto, a dome by Buckminster Fuller and a shop with a pleated concrete facade by Aranda Lasch for Tom Ford. 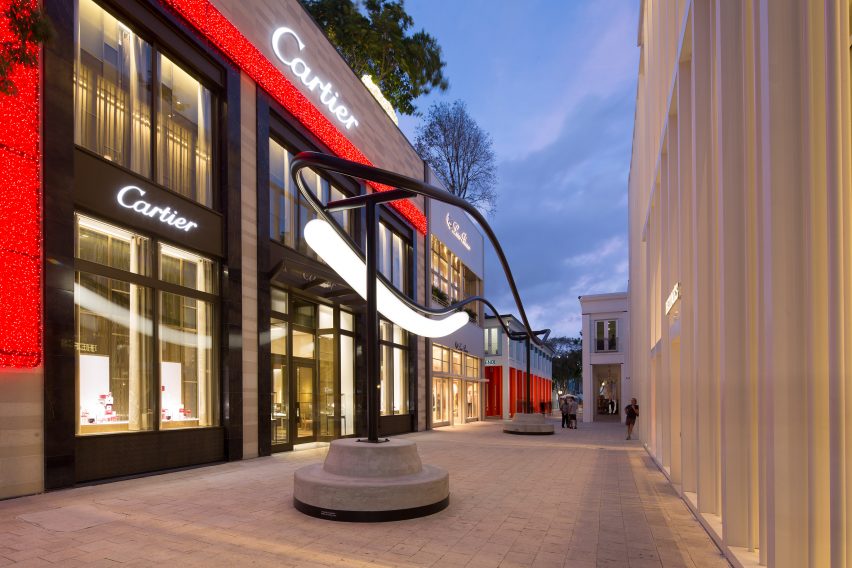 Also in the district is the first US flagship store for the Italian watch brand Panerai, which was designed by the Spanish designer Patricia Urquiola. 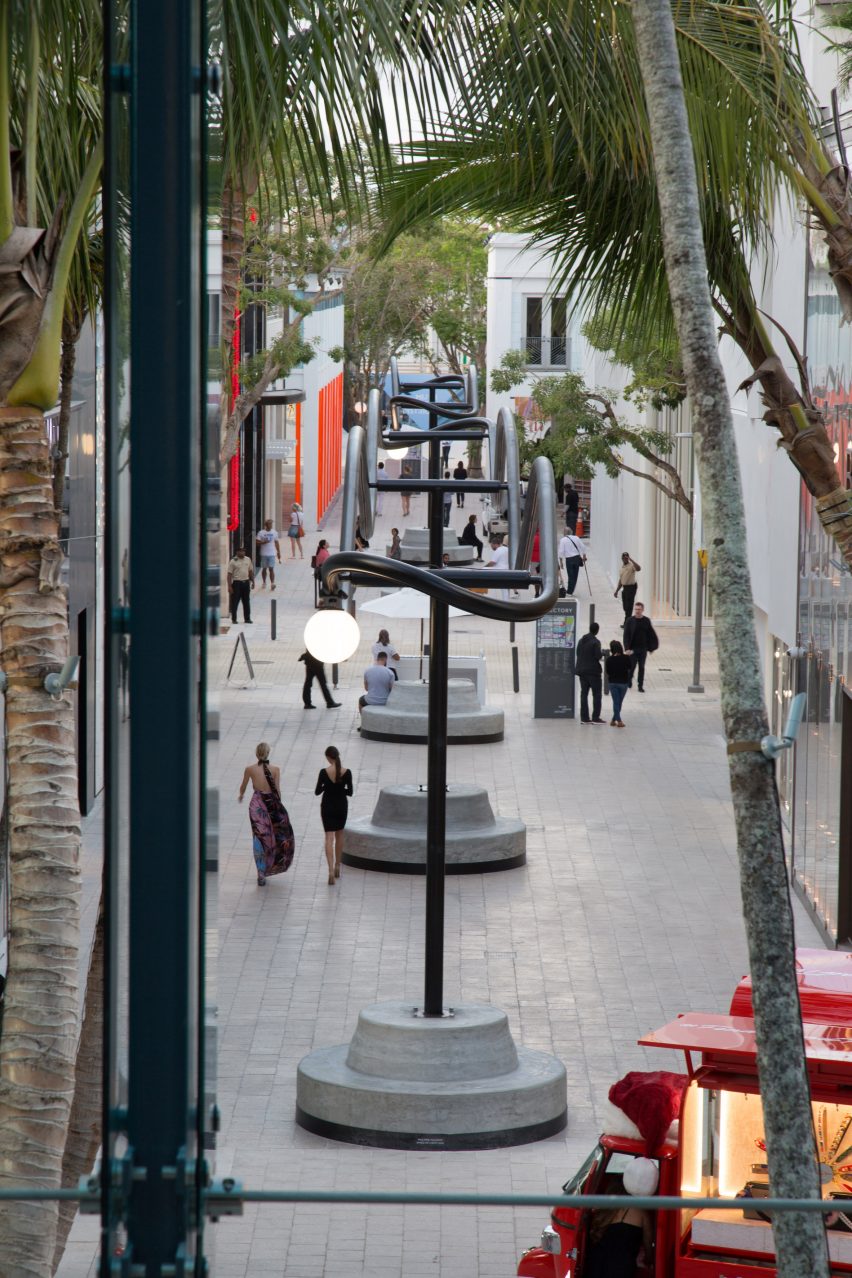 Malouin graduated from the Design Academy Eindhoven and founded his studio in 2009 after working for the British designer Tom Dixon. His earlier works range from a swing installation in a Palazzo in Milan to a collection of geometric planters.

He is also director of the architecture and interior design post office, which has completed projects including the UK headquarters for Aesop and the former Dezeen offices in London.

The photography is by Robin Hill. 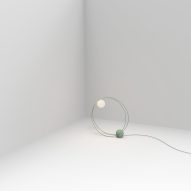