Broadway Malyan architecture firm was commissioned by Royal Caribbean Cruises Ltd. tasked with designing its new $ 100 million cruise terminal in Miami. As the “Gateway to Miami”, the project will be the company’s first major design in North America and serve the world’s largest cruise lines to become a new icon on the water. 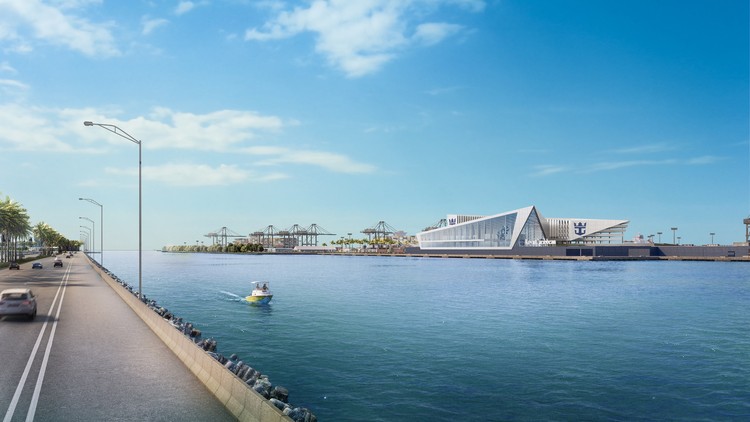 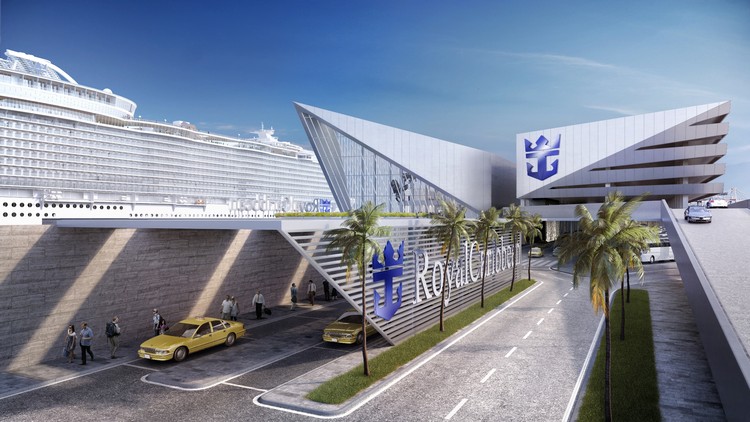 In addition, the design includes sustainability elements such as energy-efficient window glazing, rainwater collection and recycling, which are used for cooling, flushing toilets and irrigation. Using efficient building materials such as a prefabricated frame and prefabricated floor slabs, the building can be built quickly.

Overall, the terminal aims to enhance the arrival experience for passengers stretching along the waterfront to maximize the view of docking ships. In addition, the sides of the building are angled to reflect the water, creating the terminal’s unique shape, reminiscent of the Royal Caribbean brand. 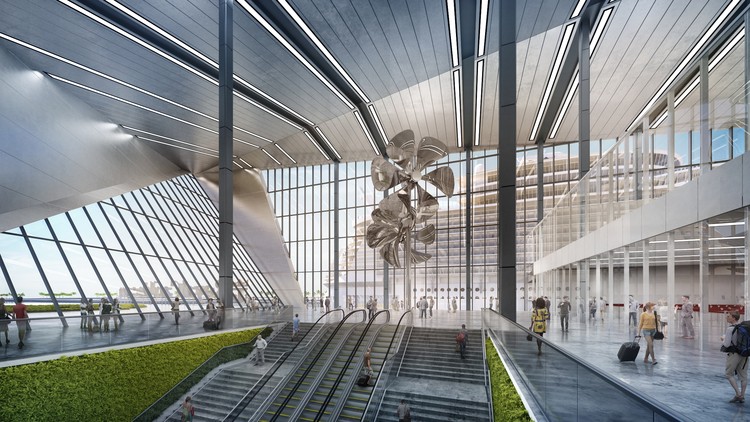 Construction of the terminal is scheduled to begin in 2017. The project is expected to go into operation at the end of 2018.

Find out more about the project here.

At Least One Dead In Partial Collapse Of Surfside Condo –…